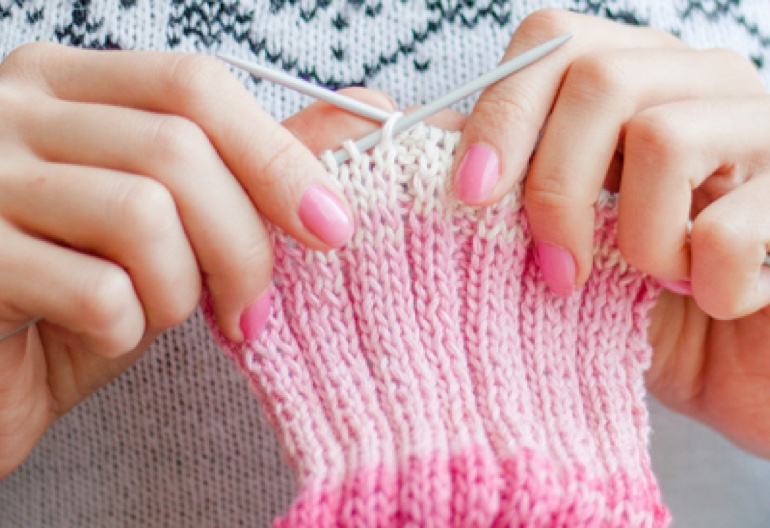 Knitting has become the favourite pastime for most women, as has been ever since the prehistoric ages. Its origin still remains a mystery up until this day, but what we know for sure is that it has established itself as a popular craft of today.

Knitting requires tools in order to make it work of course. However, unlike any other craft, it only requires 2 major tools – a knitting needle and yarn. Although there are countless other accessories and tools that may be used, those two are the most essential. Yes, we all know that choosing a good ball of yarn might just be the most critical decision that you have to make because it will be the ultimate factor that could affect the outcome of your craft. But aside from the yarn, what you may not know is that the knitting needles used also have a huge impact in the end result of your project, and thatís what we will be tackling.

A knitting needle, sometimes also referred to as a knitting pin, is a long rod or stick used in knitting. It is intended to be long to reach through stitches, snag a yarn, and tightly pull back a stitch to outline a loop. Several variations and types are widely available in the market. So it is up to you to choose the right one.

The rule of the thumb in choosing knitting needles is that they have to be smooth in order for the yarn to simply just glide through. It also needs to be thin (aside from being long) and strong enough not to break while pulling up a tight stitch. However, the thickness and length of the needles may vary depending on the type of thread to be used as well as on the type of material to be produced.

The most popular and widely used type of knitting needle is the straight needle. They are narrowed to the end nearly resembling a point on one side and a knob or head on the other side. Straight needles are solely for knitting flat 2-dimensional fabrics like squares and rectangles. This type of needle is popular because the head on the other end prevents the yarns from sliding and then falling off.

There are numerous other types and kinds of knitting needles available for your to choose from. Some even come in exciting and fun colours for each of your preference.

Learning To Knit Is As Easy As 1, 2, 3!
How to Test Your Knitting Skills (With New Designs and Patterns)
7 Knitting Yarn Questions Answered
Breaking Out Of Beginner Knitting: The Essential Skills

This site uses Akismet to reduce spam. Learn how your comment data is processed.